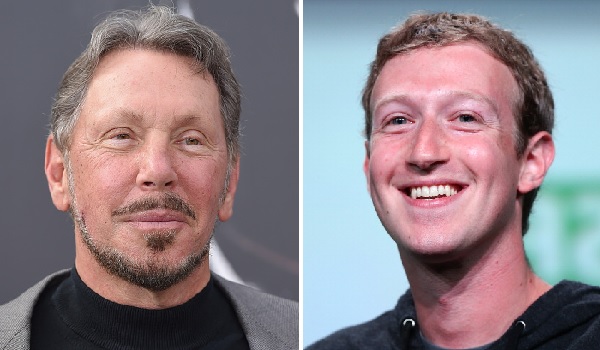 How Do These Executives Live On $1 A Year Salaries?

Simple: They Make Hundreds of Millions of Dollars in Other Ways

Aside from being wealthy and powerful executives, what do Larry Ellison, Mark Zuckerberg, Larry Page, and Sergey Brin all have in common? They all received the paltry salary of $1 last year.

Don’t feel sorry for them, because there are tax advantages to the $1 salary and these executives make millions of dollars in other ways — through vehicles like stock options and performance-based bonuses and awards. Taxes on stock growth and capital gains are considerably lower than the higher income tax bracket that higher-salaried CEOs occupy.

In an era where CEOs are being criticized for exorbitant salaries and indifferent attitudes, it is good policy for them to receive compensation in ways that give them more “skin in the game” compared to a straight salary. When the company prospers, so does the executive.

From least to most overall compensation, here are some examples of a dollar per year executives who choose to take their compensation in alternate methods. Unless otherwise noted, the compensation numbers are numbers from 2014 supplied by InvestKit.

Kenneth Tuchman – Tuchman, the Board Chairman and CEO of TeleTech Holdings, Inc. (NASDAQ: TTEC), complemented his $1 salary with just over $161,000 in stock options.

Marc Zuckerberg – Facebook’s (NASDAQ: FB) CEO received almost $610,500 in stock options in 2014 as compensation. In keeping with his philanthropic tendencies, Zuckerberg and his wife Priscilla pledged to donate 99% of their Facebook shares to the non-profit Chan Zuckerberg Initiative.

James Whipkey/Robert Rasmus/Jefferies Alston –These executives of Hi-Crush Partners LP (NYSE: HCLP) and its general partner, Hi-Crush GP LLC, received in the range of $2.31 to $2.34 million in compensation through restricted stock. Rasmus and Whipkey also received relatively small stock options in the $20 to $30,000 range. Hi-Crush specializes in monocrystalline sand used for fracking operations in the energy industry.

William Stiritz – Stiritz, who serves as the executive Chairman of the Board for Post Holdings, Inc., (NYSE: POST – the Post cereal people, not the newspaper people), received $5.68 million for his work in 2014.

Edward Lampert – Lampert, the Chairman of the Board and CEO of Sears Holdings Corporation and CEO of ESL Investments Inc. (NASDAQ: SHLD), received $5.7 million in restricted stock for his efforts in 2015.

A. Jayson Adair – Adair is the CEO of Copart Inc. (NASDAQ: CPRT), a leader in salvage and insurance automobile auctions. Adair’s 2015 salary of $1 was dwarfed by over $22.8 million in stock options.

Larry Ellison – According to InvestKit, the Executive Chairman of the Board and CTO of Oracle Corporation (NYSE: ORCL) received $63.6 million in 2015 compensation with $1.55 million in stock options, $30.35 million in restricted stock, and $31.74 million in a Long Term Investment Plan (LTIP). LTIPs are plans that provide conditional compensation based on conditions that the executive must meet, and those conditions are not necessarily related to the stock price.

What of Google co-founders Page and Brin? Their compensation is not publicly available, although we are sure that they receive considerably more than their $1 listed salaries for both Google and the new parent company, Alphabet (NASDAQ: GOOG and NASDAQ: GOOGL).

Executives can live on a $1 salary because of their other resources and wealth that allow them sufficient access to cash. You are probably not in that same position — but if you are, remember to assess your cash flow before accepting this form of compensation. You can’t pay for your groceries with stock options.
Photo ©Azelle/Bauer-Griffin/FilmMagic, Justin Sullivan/Getty Images